Hello peeps!  Who is still stuffed from all of the Thanksgiving deliciousness?  Or broke from those fab after-Thanksgiving sales?  I don't do the whole crazy shopping thing but I am stuffed and happy.  I got to watch lots of t.v. and in my jammies.  Woot!

On to my latest project, except I made this last year so I'm kinda lying.  I never got to share this with you guys because of lots of computer problems.  Anywho, I made a snowman using two floral vases. 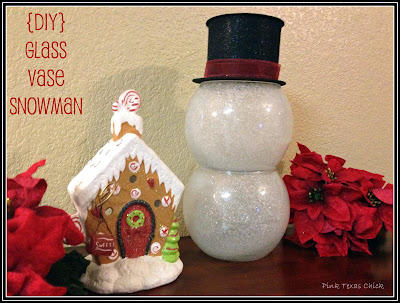 I was inspired to make this snowman after I saw another blogger make with decor with round floral vases.  She used different glitter for each vase and then topped each one with a witch hat.  It was classy and cute.  And darn.  I wish I could remember that blogger and her site.

Well here is how I got down to business when making this snowman. 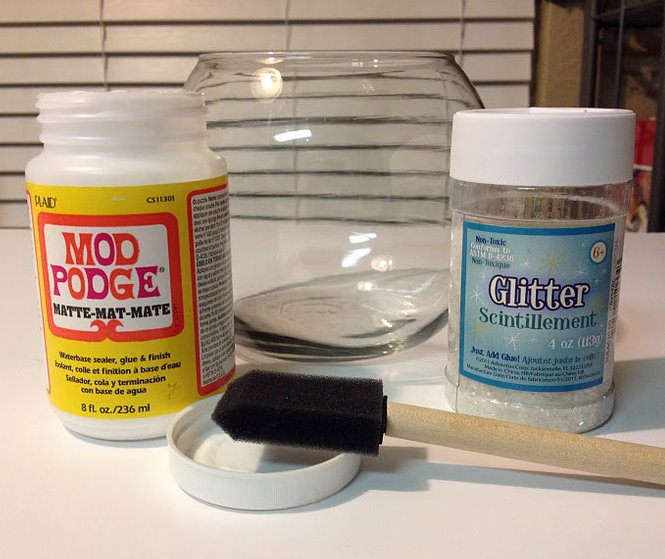 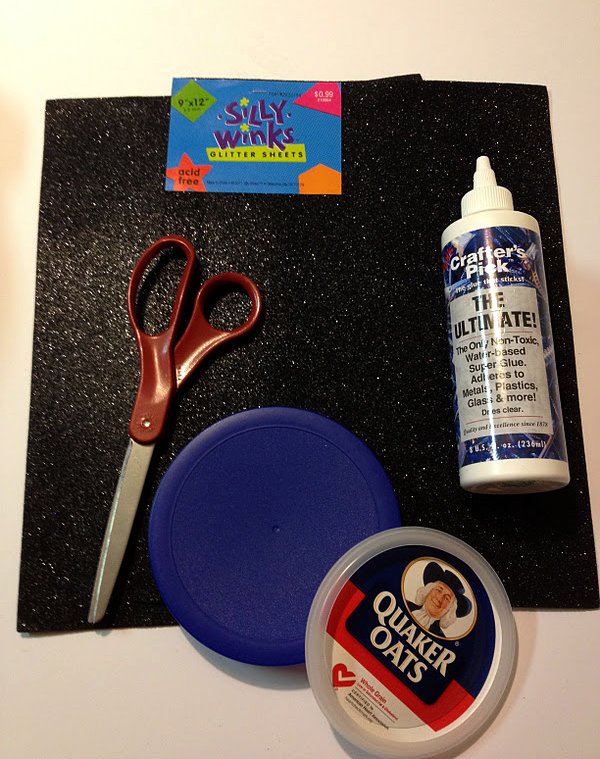 ﻿And just so we're clear, you need two vases for this fella.  :) 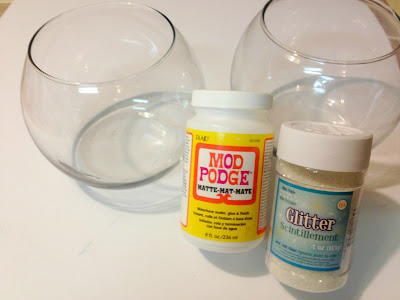 First, you pour a little of the Mod Podge into the vase and quickly begin to spread it around with the foam brush.  Add more if you need to as you go along but whatever you DON'T pour too much all at once.  Ahem, I speak from experience. 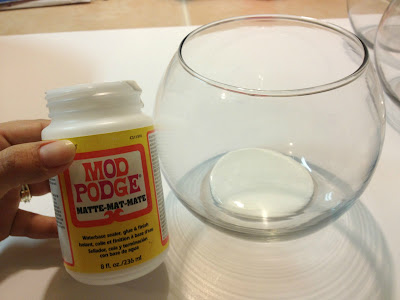 Now forgive me but I don't have anymore pictures of this process.  I had to work quickly before the Mod Podge (MP) dried too much.  So basically what I did was pour the MP, coat the vase with it using a foam brush and then I poured in some glitter.  Holding the vase with my hands and on it's side, I tapped and turned the vase around to move the glitter around and have it grab on to the MP.

I used about half the jar of glitter for both vases.  Oh and be sure to completely coat the vase with MP.  Leaving gaps or even small streaks will not give it a good look once the glitter is set and dried on to the MP.  My test vase looked like this.  Again, no pics.  Sorry.  :)

While the MP and glitter dried, I made the snowman's top hat.  I cut the black glittered felt sheet lengthwise at 3 inches. 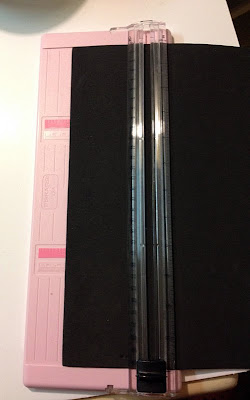 I then glued the ends together with the craft glue.  I also used the different size canister lids to make the bottom and top of the hat. 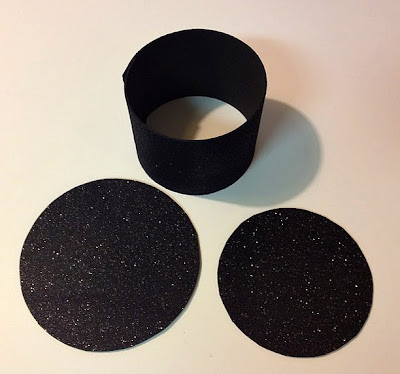 I wanted the bottom of the hat to be slightly bigger than the opening of the vase. 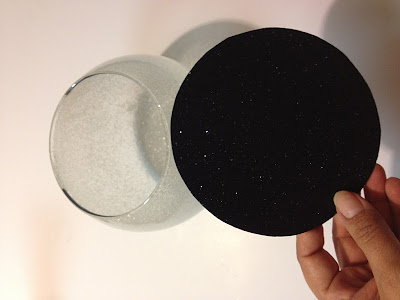 Once I had those two coverings cut out I put the hat together.  I did not glue them together mainly because I did not think it would work and because I wanted to be able to put it all away easily once the holidays are over. 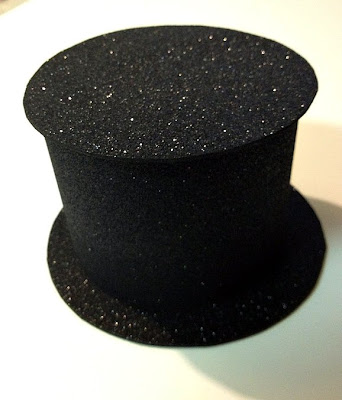 Basically, I just stacked everything on top of each other.  The two vases and the hat parts.  Again, I want to be able to put it away properly when it's time. 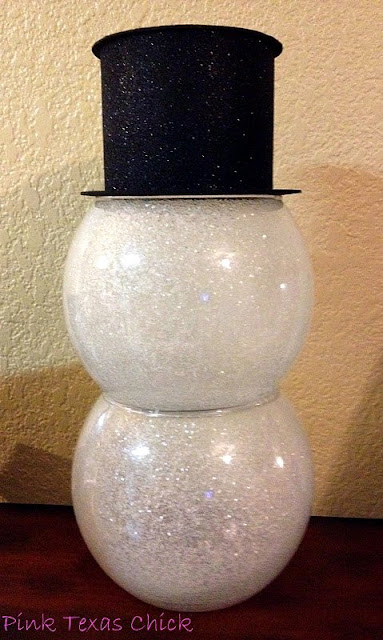 Ah but I did find some red ribbon and glue that on the hat part. 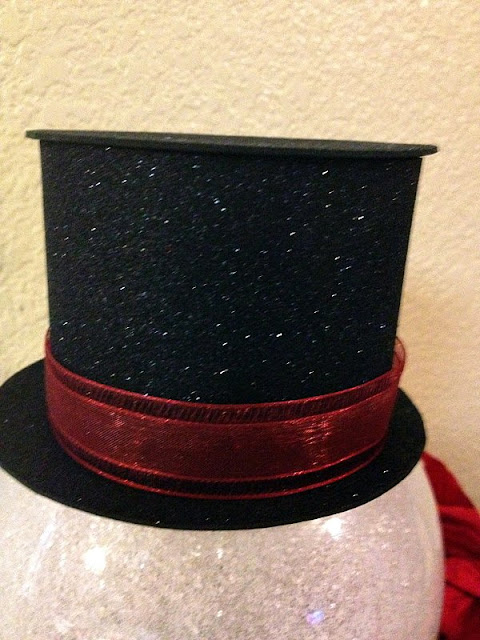 I was going to add a face to my snowman but in the end I liked it better like this.  Simple, pretty and classy.  That's been my motto lately.  :) 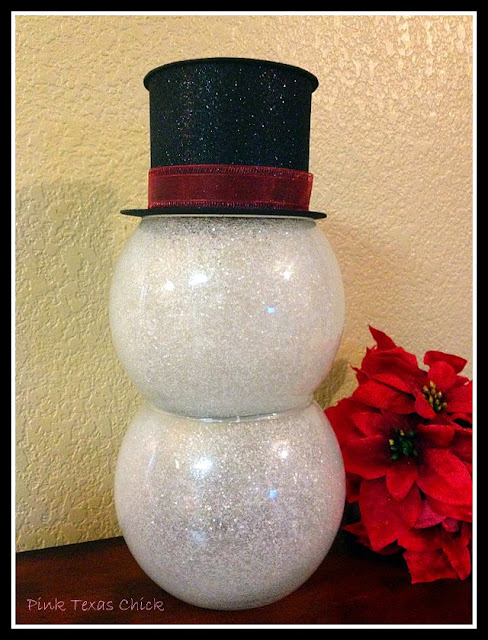 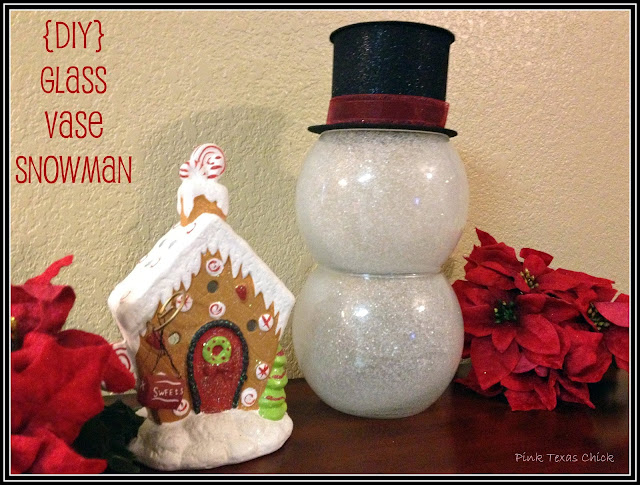 Oh and before I forget, I bought all of my supplies at Hobby Lobby.  The vases were on sale for half off and I used a coupon for the Mod Podge and glitter.  Y'all like my snowman?  :)
at November 29, 2012

Comments tickle me pink! Thank you for stopping by and browsing around these parts. :)

Hello, happy Friday and happy kickoff to Halloween weekend!  I know, I know I’m rarely on here but I finally got a light under my butt to p... 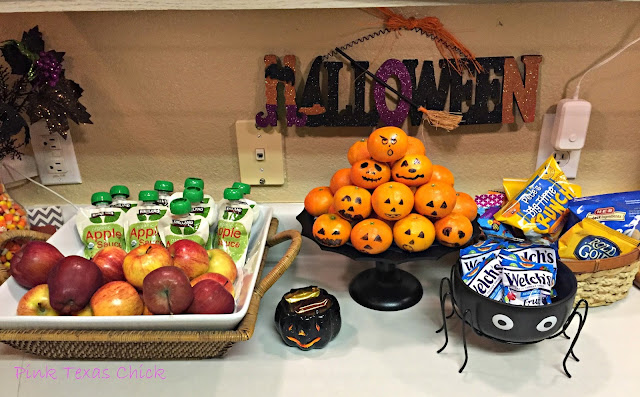 I'm not an expert at anything, in fact I'm a wannabe at everything: DIYer, crafter, cook, baker, fashionista & beauty guru extraordinaire. And so far I ain't bad BUT am still learning. Like I have lots of learning ahead of me. My blog is a little bit of this and that in my wannabe adventures; oh and random ramblings on family life, motherhood, and my kiddos. Y se habla español.

The original photos, posts and ideas shared on this blog are the property of the blog author, Pink Texas Chick. Photos and ideas used from other blogs or websites are noted under each entry.

I ask that another party wishing to use my photos and/or ideas please give credit where credit is due and reference a link back to my blog, Pink Texas Chick.

Thanks and I appreciate you stopping by to visit Pink Texas Chick. Feel free to e-mail me at pinktexaschick@gmail.com